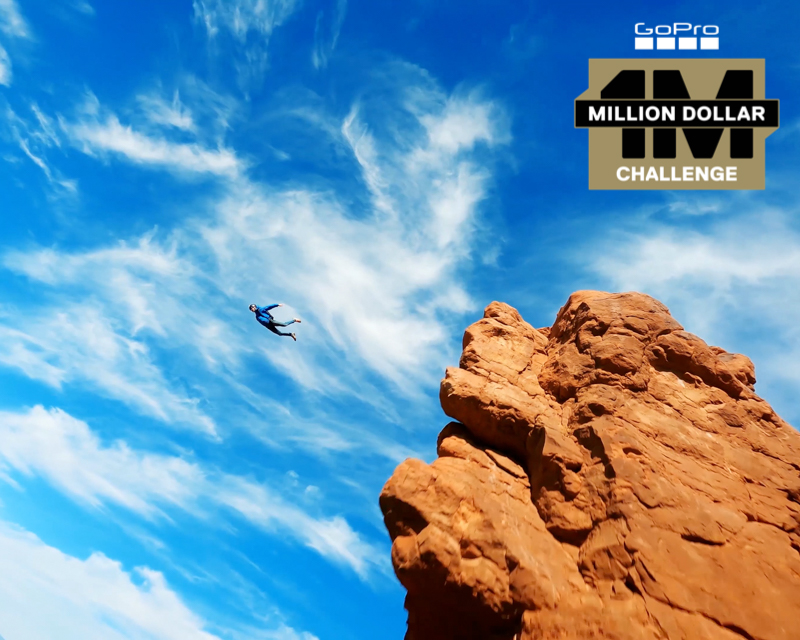 Read on to hear more about his affinity for FPV and how he alternates between drones and cranes to pay the bills.

GoPro: Two-time Million Dollar Challenge (MDC) awardee! How does it feel? Were you even more determined this time around?

Jan: Wooo! It’s such an awesome feeling! I was determined this year to get out and enjoy time with friends and capture everything awesome I could. I had been away for a month on a project, so the time I had to shoot for the contest was short. Rather than force it or rush any time with friends, I just went out to have fun and was fortunate enough to capture a challenge-worthy shot.

You mentioned your day job was a crane operator by trade for 12 years, but ever since the first MDC, you’ve been dedicating more and more time into FPV. Is filming your full-time gig now?

It’s been pretty wild! Turning a hobby, and one of the most fun things I have done, into a living—or partly, anyway. I am still a crane operator but since my first MDC inclusion, I have been able to spend more time flying and filming. Coincidentally, this also allows me to spend more time with my family!

How did you first get into FPV?

I have always been fascinated with radio controlled devices, whether they fly, drive or float—it’s fun and challenging. Growing up, my dad and I built balsa models, rubber band planes and even had a helicopter that we never successfully made fly but crashed a whole lot! I started back into flying simple airplanes at the park 10 years ago, and it progressed to helicopters and bigger planes and then, about 6 years ago, to drones. I first flew FPV four or five years ago and was hooked!

How did you first get introduced to all those crazy BASE jumpers?

I actually was contacted by a jumper, Mike Zurek. He had seen videos I was sharing of my flights diving the rock and cliff features here in Colorado. He had grown up here and jumped off of some of those same features, so we planned a meet up and started flying together in November 2018! The BASE community has been so awesome; they are truly some of the nicest most level headed people I have met with a real appreciation for life, even the occasional crazy one.

Is there a dream shoot or dream location that you’d love to capture?

Angel Falls in Venezuela, Antarctica and Australia. Experiencing action and nature through FPV is surreal. The unique angles bring all new possibilities, so let’s go everywhere!

Any recommendations or tips for people who are thinking or just getting started with FPV?

Do it! To save money and get the best start, I suggest using a simulator such as Liftoff or DRL and a small, “Mini Whoop” sized ready to fly (RTF) kit. Start with line-of-sight flying to build muscle memory and an outside perspective of how the drone flies, before you know it you’ll be ready to build your own.

And finally, what are your go-to settings?

My go-to GoPro setting are 4K 4:3 30fps (for post-stabilization in ReelSteady GO), 1/120 shutter, 100-200 ISO, medium sharpness, and white balance locked to the correct incoming light. I adjust the overall exposure of the image with ND filters.