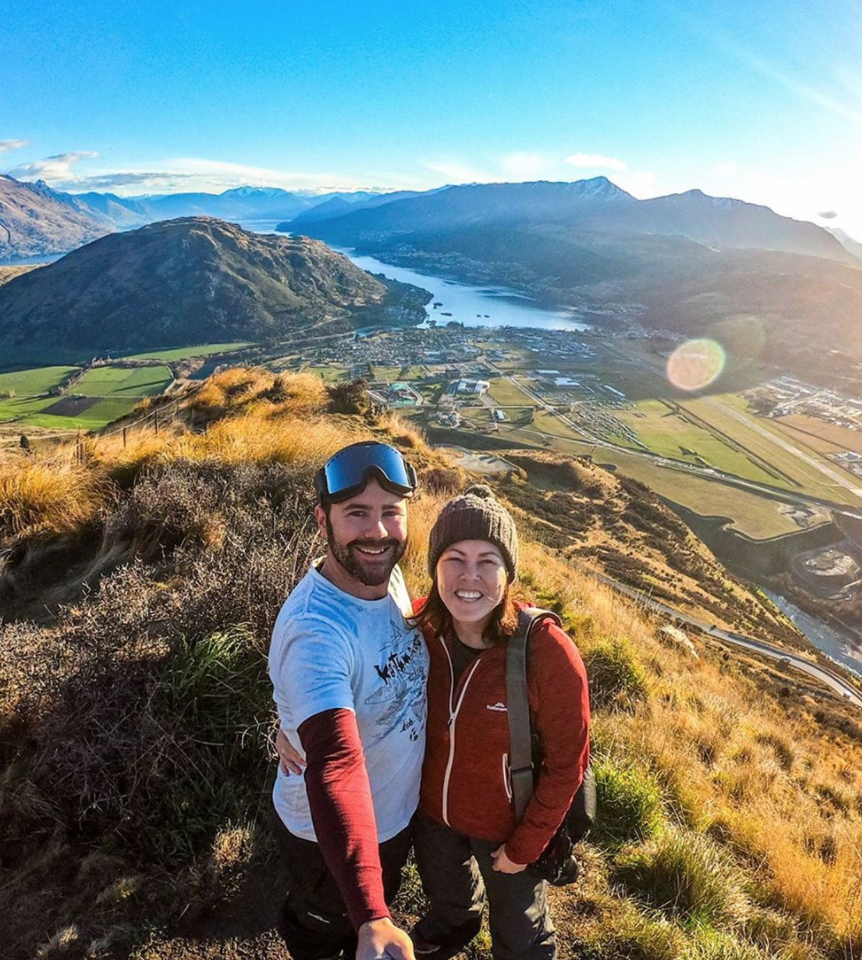 Welcome! You are now tuned into the GoPro Creator Series. This unfiltered series gives an exclusive behind-the-scenes look at how our favorite GoPro Family members are creating content. Grab your notepads, because the following is chock-full of how-to tips + best practices that you’ll want to tap into the next time you charge up your GoPro.

The duo behind the Aussie-based travel and adventure blog NOMADasaurus embody just that—travel and adventure. Also known as Alesha Bradford and Jarryd Salem, the two were travelers before they were content creators but, what started out as a hobby, has now turned them into award-winning travel writers and photographers.

Alesha and Jarryd say they started with an OG GoPro HERO used on a trip to Revelstoke, Canada. Throughout the years, travels and building of a larger NOMADasaurus team, they’ve kept GoPro as a key player. They’re now up to HERO8 Black, which they used most recently on a trip to Jyrgalan, Kyrgyzstan. The following are their top tips for using GoPro on international travels as well as everyday life.

1. When Lights Low, Change the ISO

When you’re shooting in low light, it’s often necessary to crank the ISO to a higher value in order to see the scene. This adds more sensitivity to the sensor to bring out the details, but it also introduces noise (grain) into the image. Get around this issue by locking your ISO to 100 (the lowest it will go). Then use a remote trigger such as voice activation or a timer to take the picture to avoid any added camera movement.

In Nasir-ol-Molk in Shiraz, Iran, we mounted our GoPro to a Shorty tripod and used these settings to get the cleanest shot possible of a sunrise coming through the stained-glass windows inside the mosque. The low ISO meant we could bring out the details in the shadows during post-editing without exposing any noise.

We come from a photography background, so we are always looking for ways to document our travels the best way possible. But carrying extra gear—cameras, extra lenses, tripods—is not only cumbersome, it can also detract from being in the moment. With the professional capabilities of new GoPro cameras allowing us to use complex techniques like long exposures, we can travel with minimal gear and still come away with epic shots.

On a camping trip, I wanted to photograph the Milky Way and had purposefully only brought a GoPro and a Shorty tripod so I wouldn’t obsess over gear. I composed the shot, set the GoPro to Night Lapse Photo mode, then left it to do its thing while I hung out with my mate. A few days later, I flicked through the shots until I found one where we both had remained mostly still for the entire exposure. After a quick edit in Lightroom to balance the campfire with the Milky Way above, it was good to go. I still can’t get over that it’s possible to do astrophotography on a GoPro.

GoPros have always been known for shooting wide perspectives, but sometimes even that isn’t enough to capture everything. That’s where the GoPro Max and Fusion come in. It’s about more than shooting 360-degree video content. You can create images that easily push the boundaries of ultra-wide photography.

Drygalski Fjord in South Georgia is a rugged and wild place with ancient glaciers tumbling into the sea on all sides. Our group was traveling through this area onboard a Russian polar research vessel, the Akademik Vavilov, and we wanted to capture the entire scene in one photo, adding the ship to give the image some character. To do this we took a series of time lapse 360 photos using the GoPro Fusion and edited our favorite in the GoPro app to get the extra wide perspective.

One of the best features of the flagship HERO8 Black is the ability to quickly switch between TimeWarp 2.0 speed and real time speed with a simple tap of the screen (GoPro calls this “speed ramping”). TimeWarps (or hyper lapses) add a unique, creative flair to videos, but you previously had to commit fully to the sped-up shot on HERO7; if something unexpected jumps into the scene, it melded into the TimeWarp. HERO8 fixes that and allows more spontaneity and freedom with your creative output.

We were testing out the TimeWarp 2.0 feature on some lanterns at Fushimi Inari in Kyoto, Japan, when suddenly a priest in traditional clothing walked past. By tapping the screen, we switched from TimeWarp to regular speed just in time to capture him (wait until the end of the video to see what we mean).

PRO TIP: For more information on this awesome camera, check out our GoPro HERO8 review.

GoPros have always been praised for producing fantastic ‘point of view’ content. In the adventure sports world, this allows the viewer to feel like they are right there with the athlete. But this perspective is also incredibly powerful when applied to travel and lifestyle content.

With GoPro’s huge array of unique mounts, you can strap the camera to just about anywhere. To get this shot of a cute husky in Canada’s Yukon, I used the Bite Mount to free up my hands. Setting the camera to 0.5-second time lapse photo meant I could just play around with the gorgeous pup without worrying about timing the perfect moment.

Head over to the GoPro Tips YouTube channel for more Creator Series inspiration.