Go Behind The Scenes with Chris Ray for Go Skateboarding Day 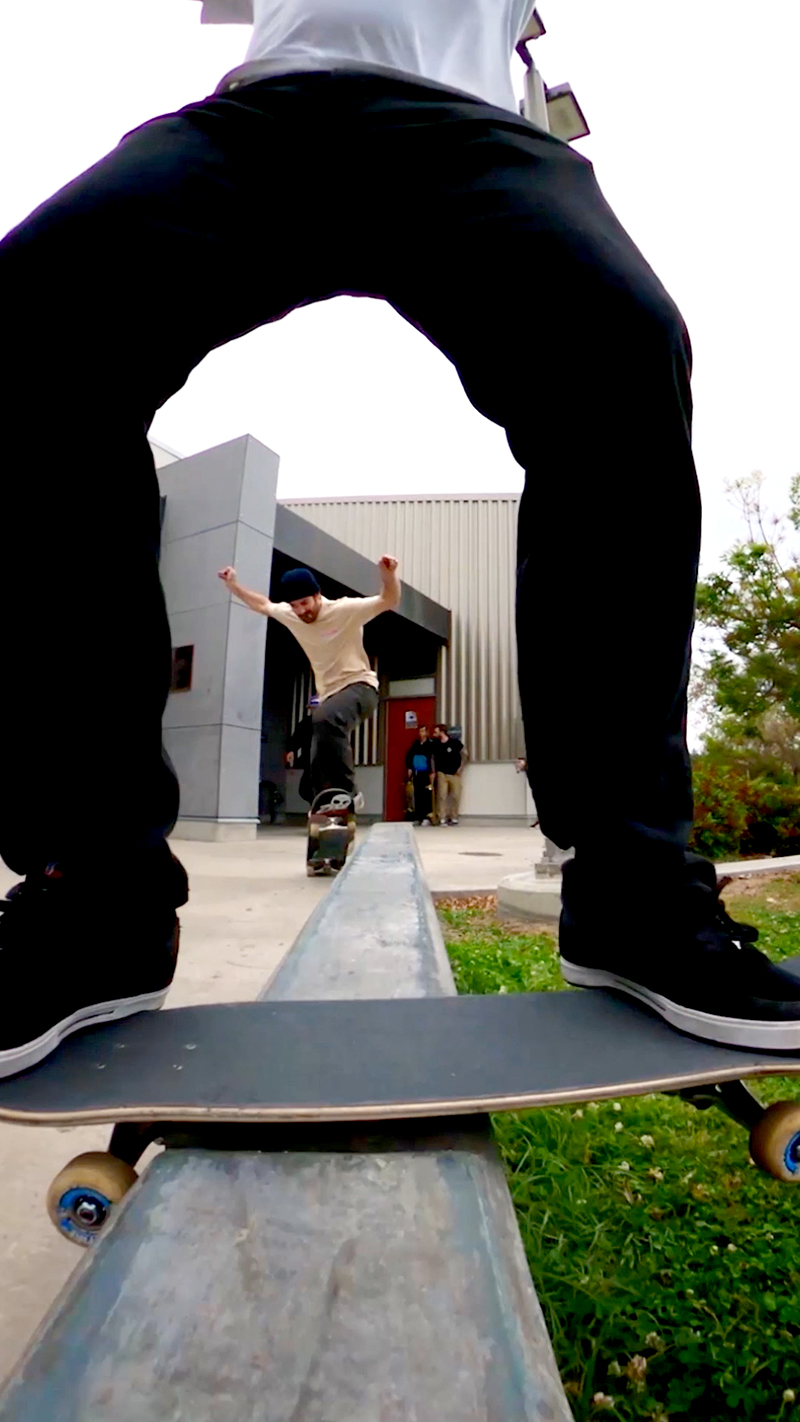 We're here with one of our favorite filmers, Chris Ray, to blow minds on the 17th annual Go Skateboarding Day.

You may have seen this clip go viral recently—it left everyone (including us!) wondering how the heck he got the shot. So we went straight to Chris to get the rundown. You're not going to believe how it came together!

"Sometimes, things are better unplanned, and that's exactly how we got this shot. I was cruising around San Diego with Chris Cole and some friends when we decided to hit a local school.

I filmed Cole do a boardslide to 5-0, and when I went back to the starting point for him to go again, he didn't have any more tricks in mind. Our friends suggested a list of tricks, but they didn't really fit the type of spot we were at. That's when I suggested putting the pole between his legs and then turn the camera around. He immediately  said 'YES!' and we got the trick on the first try.

We all got excited and said: 'What if we did it with two people!?' We got it with two people, and then I asked if I was pushing my luck with three? Next thing you know, we did five skaters and got the shot on the second try.

I uploaded the clip that night to Instagram and TikTok and woke up to it going viral. It's always cool to have people appreciate your work, and I'm glad I included the BTS because it showed how much fun you can have while filming." - Chris Ray