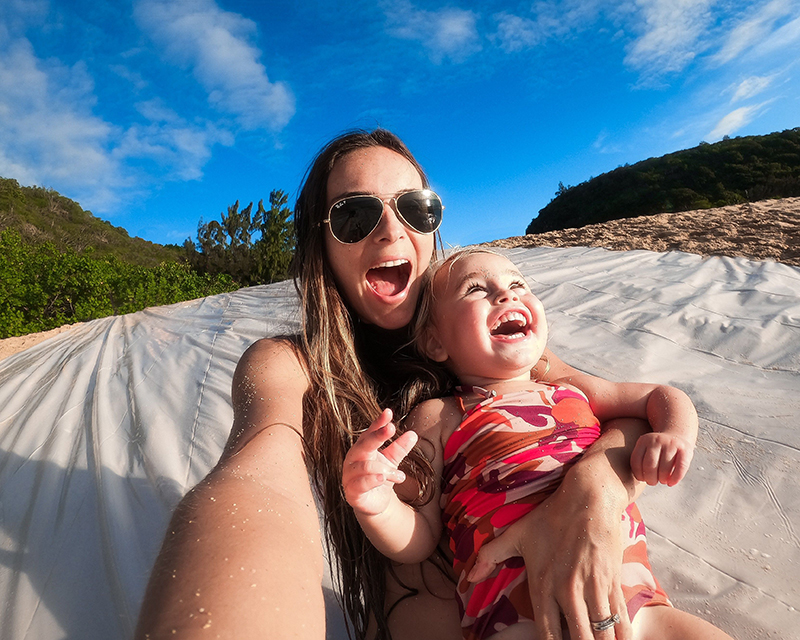 March is Women’s Month, and we kicked off the fun with a Women’s Week GoPro style, highlighting GoPro Family members that put the “woah” in woman leading up to the 2020 International Women's Day on Sunday, March 8.

The party started in the backcountry with GoPro Snow athletes Jamie Anderson and Elena Hight.

We then turned to longtime GoPro Family member Bia Atkins (featured in the lead image), offering her GoPro story with our followers: "My ProTip? Always have your GoPro with you. Try different angles, mount it onto toys, bikes ... get creative. Most importantly, let your kids use the camera. It won’t break it and it makes for some hilarious moments. I've been using GoPros since the first HERO camera was released. It was a film camera with a waterproof case, and I got it for a travel TV show I had. Since then, I've had every single GoPro released, but my content focus has changed. It went from underwater photos for my show to shore breaks with crystal clear clarity. After that, I met my husband and took lots of photos of us traveling. Then kids happened, and my subjects changed again.”

Our channels were also lucky enough to feature Veronica Paulsen stomping the first ever female backflip during Kings & Queens of Corbet’s in Jackson Hole. How did she feel about this momentous moment?

"I’ve been trying to land this backflip for three years. It was a long process, and it took a lot of hard work, so it was a pretty emotional moment for me when I was finally able to stomp it."

From selfies to Million Dollar Challenge fighter pilots, and everything in between, we're stoked to see such strong women repping GoPro. We also announced a huge addition to our GoPro Moto Team, our first ever female moto athlete, Tarah Geiger.

Last but not least, today is in fact International Women’s Day and this year's theme is equality. How will GoPro do its part? Easy. By collaborating with you, our GoPro Family. We’re asking this GoPro community to help make our content mix a more equal split.

Already have a GoPro? Start submitting your content to GoPro Awards today. We look at every submission and handpick individuals to represent GoPro on social media, in ads and at events around the world. Don’t have a GoPro? Now’s your time. Check out the TradeUp Program to get discounts on a new HERO8 Black or MAX and join us to start ensuring we’re doing our part to encourage equality.