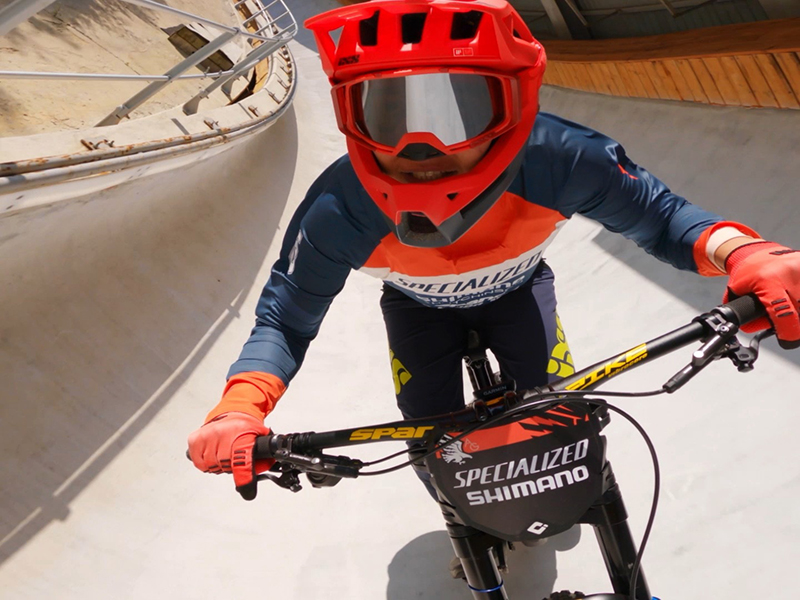 This week, we’re diving into a video that was inspired by a GoPro original but taken to a whole new level by creator and full-time videographer Sehjong Lim. We sat down with Sehjong to get you the inside scoop on one of our favorite Million Dollar Challenge video submissions ever.

GoPro: Tell us more about how you got your Million Dollar shot! How many takes did it take you? And, how did you find this bobsled track?

Sehjong: After the 2018 PyeongChang Olympics finished, I heard that the sliding center had not been in use. We have four seasons in Korea, and this sliding center is normally used in winter. We planned to create a video of mountain biking down the bobsled run at the Olympic sliding center. After planning it, there were issues while trying to schedule dates due to the weather changes. We canceled twice and finally made it on our third try.

Before shooting, I referenced the GoPro YouTube video below and developed the angles further. I wanted to capture the moment with 360-degree angle using a 360 swivel mount. This mount allowed for HERO9 Black to swivel and change its angle without me having to stop and remount the camera. This way, I successfully captured the dynamic moments of mountain biking, and it became one of the highlights.

What do plan to do with your $17K earnings? Anything special that you’ve been saving up for?

I will share with Lee Chang Yong, the mountain biker in this video, and have a party with the crew who worked on this project. I will use the rest of the earnings to go on a trip with my GoPro cameras.

Do you have any other exciting projects or ideas for 2021 that you’re planning for?

I will create more snowboarding/skiing burst photos and videos with the national athletes at the park. I love creating videos, but I also love burst photos using GoPro.

Also for this year, I would like to work more with top class b-boys and FPV drone players. I will work closely with them, collaborate and create awesome videos.

Lastly, one of my biggest wishes is to invite top-tier skateboard athletes to Korea. I imagine that we will be going around, skateboarding together in Korea, and I will be shooting them with the GoPro.

You mentioned that your full-time videographer? That’s awesome! How did you get into that?

I’ve been interested in video creation since I was a high school student, and it led me to graduate from video-related majors at university. Also, I loved extreme sports when I was young and enjoyed shooting those moments and editing them.

Because of these personal experiences, I finally got the chance to work as a KBS news station videographer (similar to PBS in the U.S.). But, the reality was totally different from the job that I imagined. It was quite boring to edit raw files for seven years. Speed was the most important thing at the broadcasting company, and it was very typical. Meanwhile, I bought my first GoPro— a HERO2 for my honeymoon—and using that, I started to shoot extreme sports, edit them and share them online. Through these videos, I met great partners and people. Thanks to GoPro, I regained my enthusiasm for video works. Yes, it’s true that GoPro is essential in my life.

As a videographer, do you have any tips to share with aspiring folks?

Use GoPro cameras! There are a lot of productions that use DSLRs and mirrorless cameras very well but don’t use GoPro that much. Viewers always want NEW and FRESH angles. Use GoPro to create cuts and angles that grab people’s attention. Study the videos uploaded on the GoPro social media channels and try to create similar scenes. Also, meet more people who have a strong presence in their own field. You will get inspired by them and it will lead to awesome videos.