GoPro For A Cause x OCEAN SOULS: A CETACEAN FILM 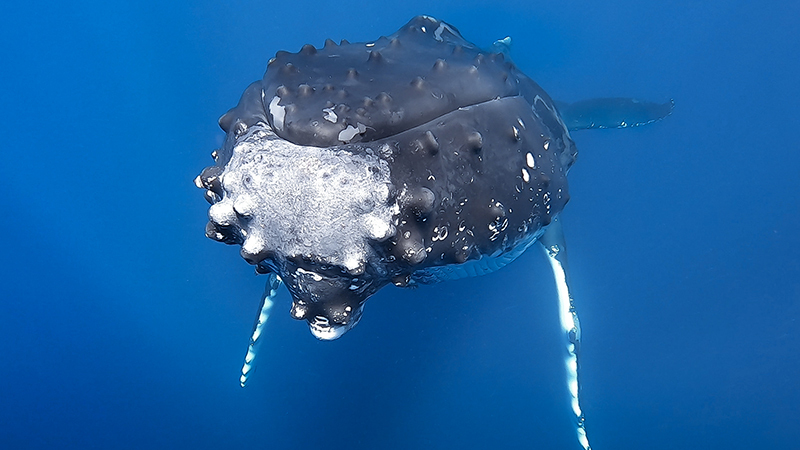 Our GoPro for a Cause program seeks to highlight amazing stories about protection of the Planet and all of its inhabitants. So, imagine the level of excitement when our friends at Ocean Souls reached out letting us know they’d managed to capture the largest biodiversity of cetaceans (think whales and dolphins) ever seen on film. We hope that in sharing this amazing story with our Family, you will be inspired to learn something new today about these amazing, otherworldly ocean-dwellers. The following words are by the Ocean Souls team.

We at Ocean Souls strongly believe that the best possible way to protect is by loving and knowing. It is harder to care if we don’t know and it’s harder to love when we don’t know.

Ocean Souls is based on sharing science and knowledge at an accessible level, but more importantly we would like the audience to fall in love with the cetacean family, only that can possibly secure their future.

Cetaceans, despite looking so different to us, are possibly our closest relatives in terms of cognitive abilities and family ties. You will notice that on the film we speak about family, mums, aunties, nurses, babies, bachelors, young men, best friends, teams, etc. The film aims at being global, inclusive, reaching all frontiers so we based it on the concept of family, something that every human around the world can relate to. Cetaceans experience emotions, have a shared language, they have social organizations, and are highly intelligent. But human impact on the global environment threatens their existence.

Natural History films, particularly in the ocean, are costly endeavors and rarely recover the initial investment. Furthermore, a specific cetacean film with such diversity, from the Artic to Antarctica would take years to film. At Ocean Souls we not only realised we couldn’t afford the potentially “unlimited” bill, but more importantly it would be even more powerful to unite the oceans community around a common project, in the same way the Live Aid concert united the best musicians in the world in Philadelphia and London to fight Africa’s famine in July 1985.

We reached out to the entire community, and we were ecstatic when more than 90 filmmakers came forward, and then scientists joined, and celebrities. Every single contributor came forward in a totally altruistic way, no one got paid for their footage or their time. The project is non-profit and has been financed by several donors via WildLife Media, a 501 (c)(3) registered USA Charity, any potential revenues derived from the film will be deployed to help NGOs, explorers and science to protect the oceans, and particular the cetaceans.

The footage, stories and science are expected to touch people deeply.

Ocean Souls is slated for release in November 2020.