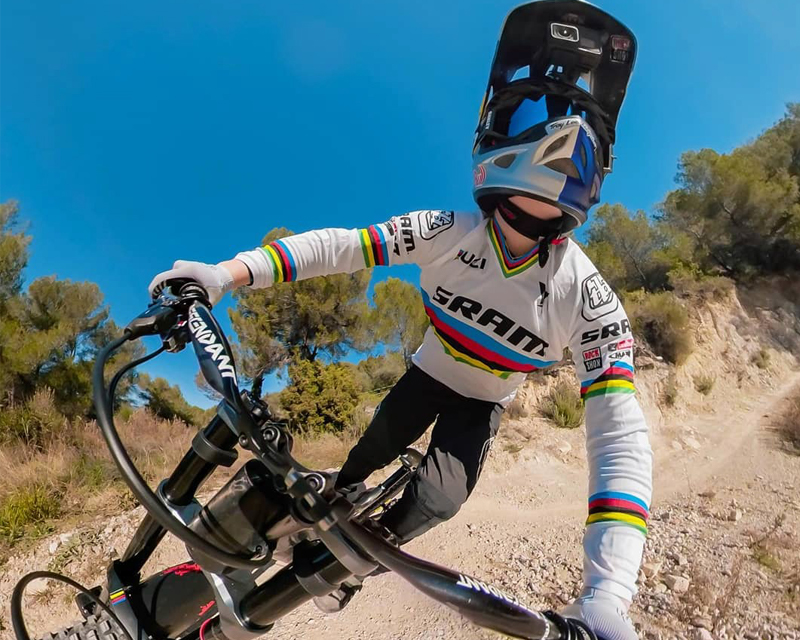 This year, we welcomed a new member to the GoPro family and, let’s just say, she SHREDS.

Valentina Höll has once again taken home the UCI MTB Downhill World Cup junior title. After winning her first World Championship in 2018 at the age of 16, the official GoPro athlete defended her title this year with a near perfect season. Vali competed in nine of the 2019 UCI MTB Downhill World Cuprounds, which took place in different locations around Europe and the US. Out of these, Vali secured seven first and two second place wins.

The World Cup kicked off the event in Maribor, where Vali dove right in and won the race. Since the 2018 World Cup Race in Croatia, she has been winning every seeding and race run. This winning streak, however, came to an end after her second place in Fort William (Round 2, 2019). This hiccup did not slow the Austrian rider down for long, though, as she went on to secure another first place win on her home trail in Leogang (Round 3). Then, during a race at Crankworx, Vali tore the capsule of her AC joint which led to a three-week recovery before Round 4, but the 17-year-old powered through and . took the W in Vallnord.

At this point Vali was on fire! All eyes were on her in Les Gets as she once again took home first ass she raced the fastest time overall in women’s Elite and Junior. Round 6 in Val di Sol (ITA) resulted in a second place for the junior DH rider. The next stop before World Champs was in Lenzerheide, where Vali once again topped the podium.

We are extremely proud of Vali and cannot wait to see her kill it again next season when she joins the Elite category.