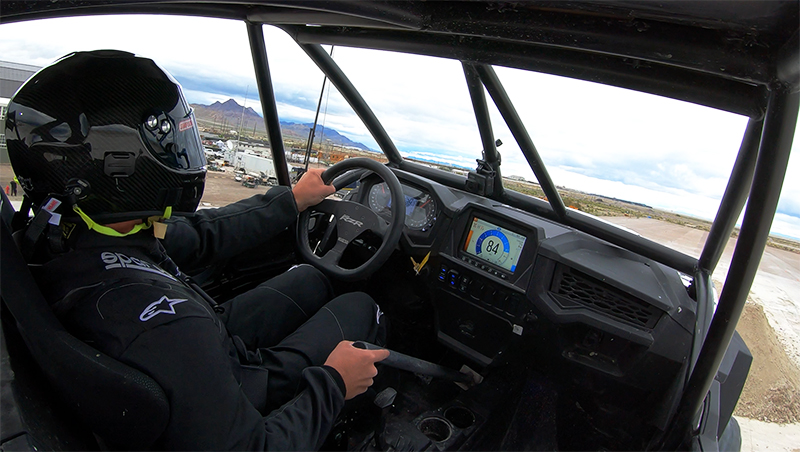 Hucking a UTV across a 200+ foot gap is one thing. Hucking it while using a metal rod to control the gas pedal to counteract partial paralysis is an entirely different ballgame, but somehow, Tanner Godfrey has transcended odds to make it work.

Tanner is the two-time world record holder for UTV jumping, and he’s also semi- paralyzed from roughly the chest down following a heavy moto crash back in 2007. Since then, the adrenaline-fueled athlete has rehabbed his way from being told he’ll never walk after fracturing his T6 vertebra to walking upright with the help of canes.

Plus, coming from the Nitro Circus family, it was only a matter of time before he and the crew rigged up a way to get Tanner hitting jumps again. Hence the metal “driving stick” he now uses to control the gas in a side-by-side UTV. Not only does he drive the UTV, but he has made it his goal to hold the world record title for UTV jumping.

Recently, his record, a 205-foot jump, was bested at 223 feet. Now, Tanner invited GoPro along to watch as he attempts to reclaim the world record. Buckle up for 240-plus-feet of high-flying UTV action.