These are just a few of our favorite headlines about pro kayaker Rafa Ortiz. The guy is a living, breathing, paddling legend. And just when we thought sending it off both the 189-foot Palouse Falls and 167-foot falls for his documentary "Chasing Niagara" might be enough for Rafa, he started coming up with new daredevil ideas. This led to him ditching his kayak for a much more buoyant inflatable lobster to huck himself from a 70-foot waterfall.

Which brings us to today, where we are debuting Rafa's first time being lit on fire. He doesn't stop there, though, this is all in preparation for sending it off the 50-foot Tomata Falls in Mexico, inspired by a pyrotechnic memory from early in his kayaking career.

We caught up with Rafa to learn about the vision behind his latest extreme kayaking stunt, which you can watch above or on YouTube. Let's just say it's lit. Here's what Rafa has to say (after the brief intermission of watching him send it on a lonbster raft):

GoPro: First it was Niagara, then it was a lobster, and now, you’re on fire. What other crazy waterfall stunts have you pulled off? Why fire this time?
Rafa Ortiz: I've been crazy about waterfalls for the past 13 years of my life. Anywhere from 189-feet-tall Palouse Falls to the World Record pool toy descent. Fire is indeed my latest obsession. I honestly just thought it would be cool and visually amazing.

It was your first time being on fire, right? How did it feel?
It was insane! It turned out to be way more powerful than I thought. It has to be one of the craziest and scariest things to be enveloped in fire.
The heat rises pretty quick. You can't breathe while you're lit—you don't want to be breathing in nasty fumes. You can't see very well through the fire and the inevitably foggy goggles. And no matter how well protected you are, it can get out of hand pretty quickly.

Did you have to hold your breath while doing the stunt?
Yup. It just added an extra factor into the already tricky complication.

What were you thinking when you plunged into the water and accomplished your goal?
I was super stoked! Though on the last run, I took a solid hit with my paddle and ended up getting a few stitches on my lower lip.

Were you ever concerned?
For sure. I knew that there were many factors that could complicate things when trying to pull this off. Honestly, I learned to respect fire.

What’s next in extreme waterfall kayaking for you?
I've got a couple waterfalls that I've been hunting for a few years now, so just working hard in that direction. And who knows, maybe a new lobster World Record?

And lastly, what is your biggest fear? (Because clearly heights, fire and waterfalls are no match for you!)
My biggest fear is not being able to accomplish the things I want in life. 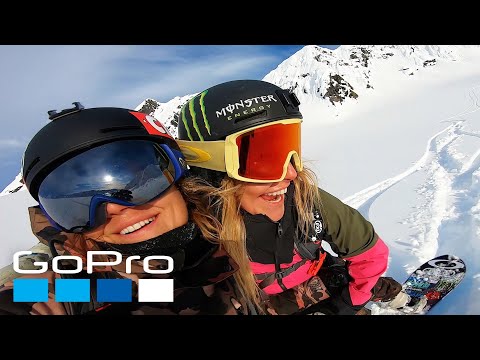