How to get the million dollar challenge shot with Steven donovan 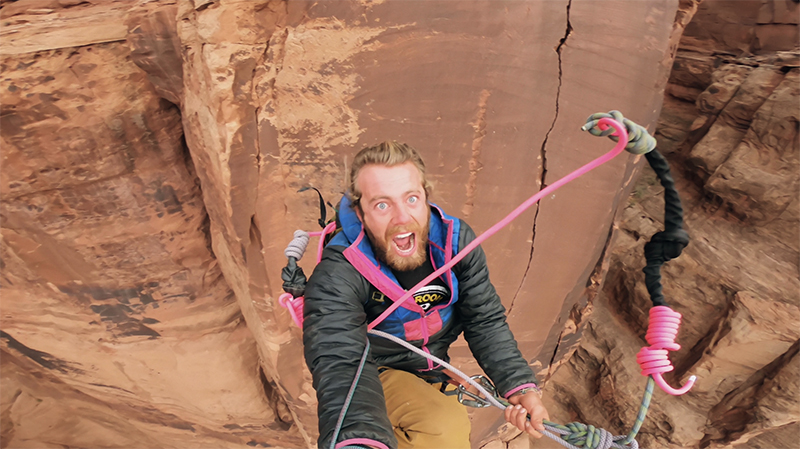 From pizza delivery man to zipline guide in Hawaii, Steven Donovan has held just about every odd job possible to maintain his nomadic lifestyle. As a 26-year-old filmer living out of his van, Steven has spent the last couple years traveling and filming clips of his friends adventuring across some of the most beautiful landscapes the U.S. has to offer. From sending it off waterfalls to exploring untouched wilderness, he’s captured it all through the lenses of his Fusion camera.

After hearing about the Million Dollar Challenge, Steven put the pizza delivery aside and hit the road with little-to-no money, determined to walk home with his slice of a Million Dollars. The result is the epic rope swing jump that takes place 30 seconds into the final video.

This clip stood out because it perfectly represents the GoPro Community that helps make our brand authentic. The ability to connect with one another through self-capture puts people in places that they wouldn’t normally go. The genuine face and emotions of this user is something everyone can relate to, regardless of him doing something many of us probably wouldn’t.

We caught up with Steven to learn a little more about his journey with GoPro and the BTS scoop on his shot.

GoPro: What day jobs have you used to fuel your adventures recently?

Steven: I've done a variety of jobs to live the lifestyle I'm living—from working in national parks during the summer to zipline guiding one winter in Hawaii to delivering pizzas in -20 degree weather in Montana, all the way to letting scientists test anti-bacteria solutions on my skin after paying me to not shower for 6 weeks. Most recently, the Million Dollar Challenge gave me the financial cushion to pursue creating videos full time while I travel out of my van.

When did you first start using GoPro?

I got my first GoPro in 2011. It was the Original HD Hero, and I was amazed at how creative you could get with such a small camera.

How did you hear about the Million Dollar Challenge?

I heard about the Million Dollar Challenge from the GoPro Instagram, but I was really inspired after seeing [GoPro’s own] Abe Kislevitz’s story about how good the chances of winning were.

I hit the road with very little money and went to Moab where I knew a lot of rowdy activities would be taking place at that odd time of the year around Thanksgiving. It's too cold for water activities, but not cold enough for snow activities.

I was inspired to submit the clip of my friend jumping, which was one of probably 20 difference epic clips I sent in, because of his incredible emotion displayed in the video. Missing Thanksgiving was so worth getting these shots and winning allowed me to afford to fly home for Christmas to visit my mom, so it all worked out.

Are you planning on participating again this year?

Definitely! I’m going to spend the next few months shooting as many different activities as I can in the hopes of getting another winning clip included a second year in a row.

What shots are you most excited to chase on HERO8 or MAX or both?

With the HERO8 Black, I’m excited to pursue super slow-motion clips with HyperSmooth 2.0 capabilities. I never really played with slo-mo on HERO7 Black much because HyperSmooth wasn't available in those modes.

Over the past year, I've also really loved getting creative with the GoPro Fusion. It became my most used camera since, so the fact that this year’s challenge is open to both HERO8 and 360 Max clips is super exciting. I really love the immersive, creative shots you can get with MAX. Plus, it’s lightyears easier to use than the Fusion was, so I think it's really going to open up so many creative shots from your average user in this year’s challenge.

Follow Steven’s travels on Instagram @es_dons. And get all the Million Dollar deets and/or submit through GoPro Awards.