Man Under the Sea: Patrick Watson 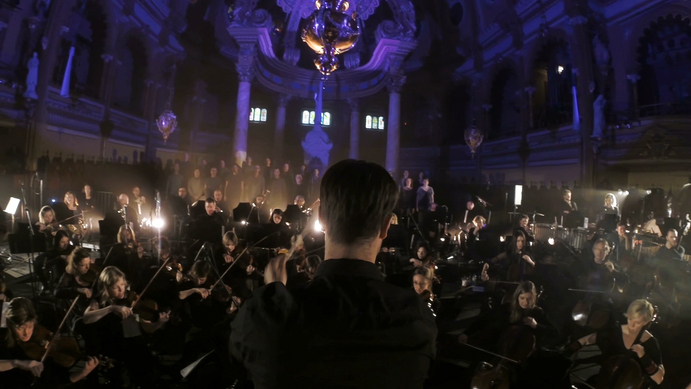 Before Tyler Johnson became a production artist at GoPro, he frequently listened to the music of Canadian singer-songwriter, Patrick Watson, and used his tracks for video edits. Watson’s mixes always seemed to work really well with the typical flow and feel of his edits. As well, Johnson had always been a fan of Watson’s music and dreamed of working with him one day.

Fast forward to present day…GoPro’s music team started compiling a list of artists they wanted to work with and naturally Johnson wanted to throw Patrick Watson’s name into the hat. The team agreed that he would make for a creative piece. GoPro reached out to Watson and to their excitement he was down to do a story with the music production team.

“I wanted to know who was going to film the piece with Patrick,” said Tyler Johnson, Skate Production Artist for GoPro. “I got a call on my birthday from Anne Marie [Associate Creative Director for GoPro] asking me if I wanted to go to Montreal to shoot. I was totally surprised and ecstatic. I wasn’t even on the music team, but I’ve listened to his music for years. Then I got to travel to meet him and his crew and produce this incredible piece.”

Montreal-native Patrick Watson wrapped his touring cycle for the Adventures in Your Own Backyard album, with five special orchestra concerts in Montreal and Quebec. Everyone agreed that one of the five special performances held at Saint-Jean-Baptiste Church would be an incredible place to shoot the GoPro story.

When Johnson arrived in Montreal, he didn’t quite know the best way to approach the 56-piece orchestra and 48-piece choir to ask them to wear cameras during their performance. There wasn’t a big announcement that GoPro was coming to town for this project, and the musicians didn’t know about the shoot until they arrived to the church that day. It was more of a surprise.

Watson’s four band members, along with the orchestra and choir, were super accommodating in putting cameras everywhere to really capture all perspectives. Johnson filmed the rehearsal and performance, remembering how everyone thought it was so cool to be filming a GoPro video.

“I started with a simple POV shot, placing a GoPro on a woman’s harp,” said Johnson. “I was then approached by a cellist who wanted to put our custom two-foot norwal rig on his cello. He ended up wearing it the whole performance because he wanted to be in final GoPro edit. They were stoked that their art was going to be shared with the world.”

The small form factor of the GoPro and its mountable design opened the artist’s eyes to the possibility of capturing their music in a completely new way. More and more members of the orchestra wanted to get creative with their instruments, camera angles and ways to film their performance.

“It’s great to branch out and really get into a new genre of music,” said Johnson. “Real music like this has a completely different vibe. It was incredible to have the orchestra there. It was so grand.”

GoPro and Patrick Watson’s camp storyboarded several songs for the final piece and “Man Under the Sea” was a clear standout. It was the perfect song selection because it showcases so many instruments. GoPro captured intimate POV of the musicians, to large immersive moments of the orchestra playing as one. The versatility of the camera is seen when the GoPro’s switch back and forth between the stage performance, the crowd and, the close up shots of Watson singing into the megaphone.

Johnson explained, “When Patrick Watson’s band plays, they like to use random instruments and toys to create different sounds. In this shoot specifically, Patrick wanted to capture the tingy sound that a megaphone creates when he sang into it. I really enjoyed the POV shot of Patrick singing into the megaphone when the light shined on him from a distance, really making for a cinematic piece.” 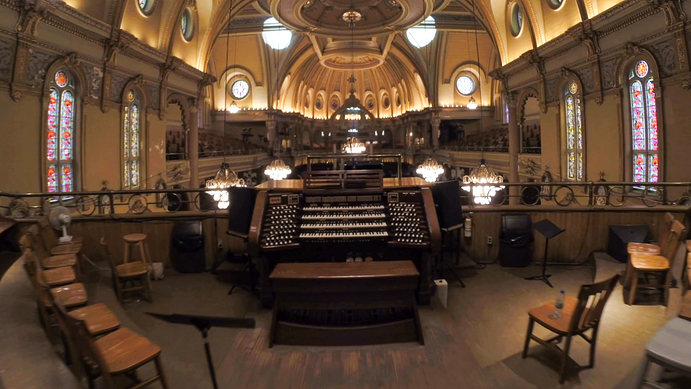 Everyone was invested in the shoot, including the church Intendant, Jean-Marc.

Johnson further explained the reason for his interest, “He was really excited to get GoPro footage from inside and heli footage from above. He took us to places that people don’t get to explore, like the attic, which was 100 feet off the ground. We had to walk on two by eight foot beams, across sketchy scaffolding. If we fell we would have broken through the beautiful architecture and the actual ceiling of church.”

Once the story wrapped in Montreal, Tyler flew back to California to rejoin the skate team at GoPro. But he will always remember this GoPro music moment.

“The whole shoot was absolutely mind-blowing for me,” Johnson recalled. “It took place in the most beautiful setting you could imagine. The whole experience was unreal. He still doesn’t know I’m a fan of his music.

Nate Lee, Senior Production Artist for GoPro and editor of the Patrick Watson story notes, "It was such a huge production with so many moving parts, I wanted the final piece to include more than just one track. I strived to create an edit that really highlighted the magnitude of the characters, including the Church. Jean-Marc's voice played such an integral role, he became the natural guide to tell the story. When all of the elements came together it was a beautiful show. I had a great time being a part of it." 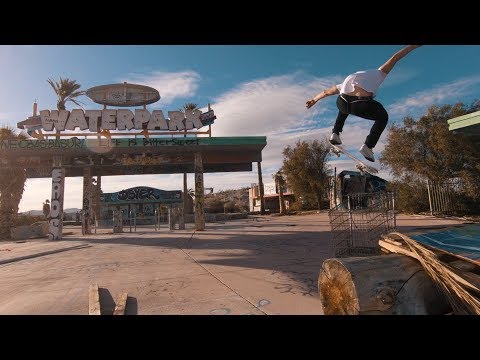