How GoPro Cameras are Helping in the Search for WWII MIAs

The Republic of Palau, a small cluster of islands off the South Pacific, is the holder of breathtaking views, beautiful fish and hundreds of secrets. The islands and its vast coral reefs are also the final resting place for hundreds of men who fought during World War II.   Although the fate of many of these missing men are still a mystery, now thanks to advanced technology and human drive, many of these MIAs are being found and identified to help bring closure for their relatives.  Tracking the MIAs is a daunting and emotionally draining quest but does not stop the driven and passionate volunteer organization, BentProp Project.

This past April, GoPro had the opportunity to team up with the BentProp Project and Scripps Institution of Oceanography –UCSD and the University of Delaware to document their efforts in Palau.

The BentProp team is a devoted group of volunteers founded by Dr. Pat Scannonwho spent years hunting through the vast waters around Palau searching for American planes that were shot down during the Battle of Peleliu. The team utilizes local history by interviewing Palauan elders and recapping military records. They are now using advanced oceanographic imaging and mapping systems with support from Scripps and the University of Delaware. GoPro cameras play a pivotal part in the advanced technology set up.

The GoPros are incased in unmanned underwater vehicles that are used to survey wreckage on the ocean floor.  These torpedo like underwater robots, officially known as Remote Environmental Monitoring UnitS (REMUS) were developed in partnership between lead researchers Dr. Eric Terrill from Scripps and Dr. Mark Moline from the University of Delaware. 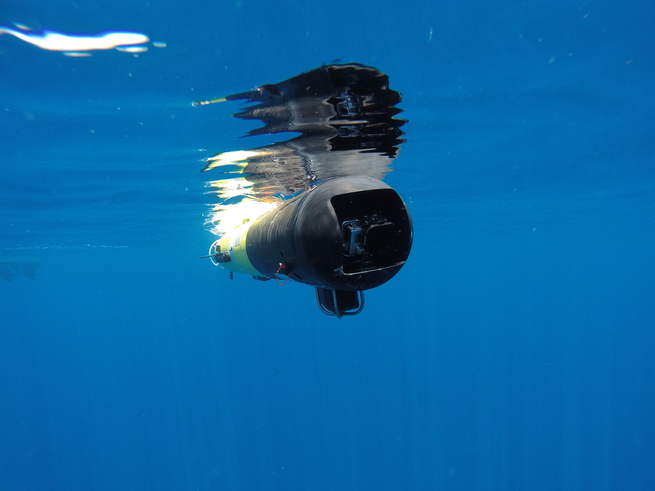 The REMUS employs sidescan sonar capabilities to map the deep ocean floors.   The combination of the sonar technology and GoPro cameras enable the team to more effectively identifying potential targets.

In addition to using GoPro cameras in their search efforts, the team makes great use of GoPro cameras for documenting all facets of their expedition, on land, boat and underwater. 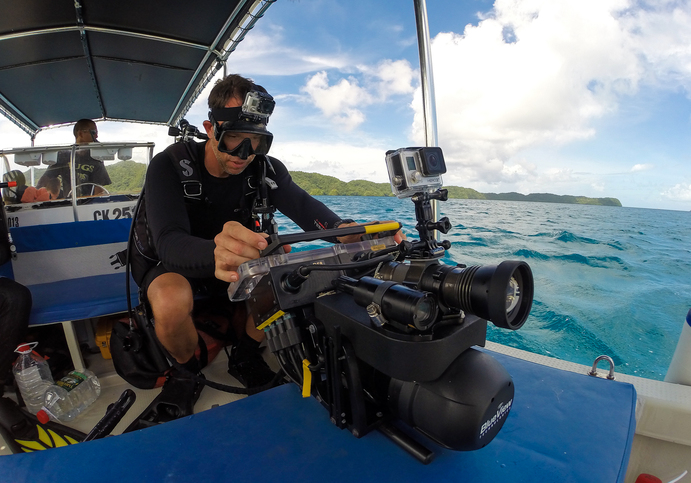 This joint effort has caught the attention of Washington:

“I applaud Scripps’ efforts, in conjunction with the BentProp Project, University of Delaware and GoPro, to help locate the remains of our missing airmen and sailors,” said U.S. Representative Susan Davis, a member of the House Armed Services Committee. “We have a responsibility to locate those who are missing and remain unaccounted for and return them home to their families and loved ones. As Congress and the Department of Defense identify ways to more effectively locate those who are missing in action, I hope we can look to creative partnerships like this to bring closure to the families of these service members.”

To learn more about the technology used by Scripps visit their website.

High School Students rig their own ROVs with GoPros.

The BentProp team was also joined by Stockbridge High School’s Advanced Underwater Robotics team.  The Michigan high school robotics team came to Palau to aid in the search and to test Remotely Operated Vehicle (ROV) they had built.  The Stockbridge team has worked alongside BentProp for last four years.   This year they used GoPro cameras as part the underwater guidance system on their ROV.   The ROV tethered to the monitoring system on the boat can reach depths of 145 feet.  The GoPro cameras provide a live feed from the ROV below the water to topside allowing the students to drive the robot. 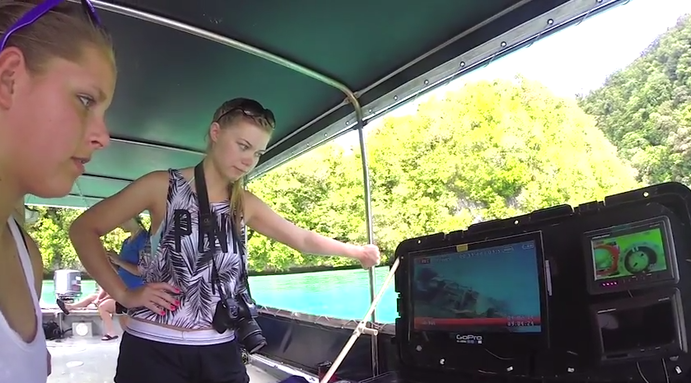 Bob Richards, who runs the Stockbridge program, helped give high school students an opportunity to get involved with something very impactful in the world. Not only has he guided the students to create incredible ROV’s, he has also given them the opportunity teach the local Palau third grade class how to construct their own ROV’s out of PVC piping and plastic soda bottles, giving the children hands on experience so they could explore the floors of their local waters. 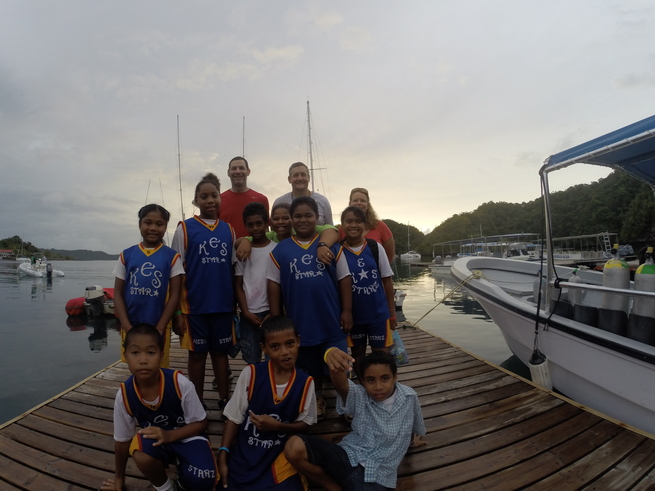 GoPro For a Cause