Getting the Shot: HERO8 Black with Mitch Bergsma 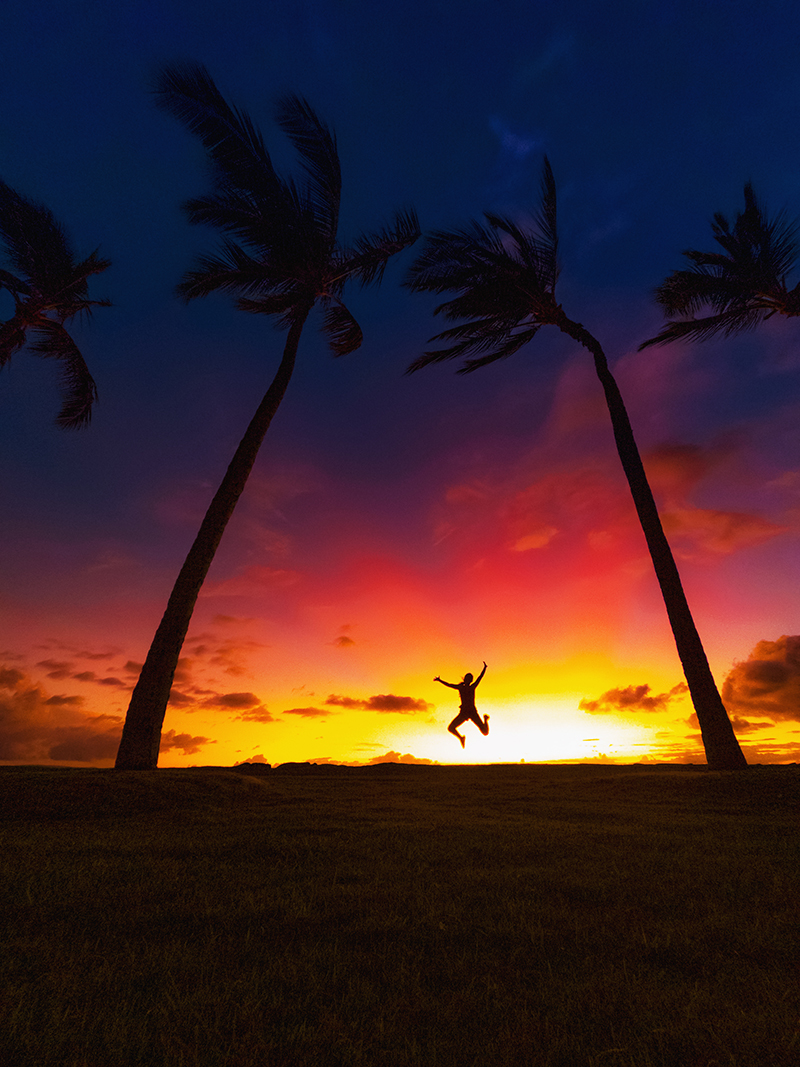 Starting with the original HERO, Mitch Bergsma was an early adopter of GoPro and one of the most creative out there. To-date he’s posted more than 650 GoPro-related YouTube videos, and he’s become a staple in the GoPro Fam.

The following words are Mitch's take on the new HERO8 Black and a few helpful tips and tricks on how to get the shot.

HERO8 supports RAW in Burst Mode (and all photo modes for that matter) at up to 30 photos! I’m so happy about this—I used to avoid using Burst Mode because I wanted to be able to shoot in RAW for more heavy post-editing. It’s near impossible to capture an action photo in single photo mode, so RAW in Burst Mode is exactly what I’ve been waiting for.

PRO TIP: I turned the new on-screen grid option on in the Preferences menu to to frame the shot handheld and know it was level without using a tripod.

I was on a diving boat for a few days that was focused on cage diving with Great White sharks off the remote Guadalupe Island in the Pacific Ocean. The elements around the island created a constant, super cool cascade of clouds rolling over the top of the island, and I had been wanting to shoot a time lapse video of it the whole trip. I didn’t think it would work because the boat was not still enough for a time lapse video. But then I remembered that HERO8 has TimeWarp 2.0 with HyperSmooth stabilization! So I grabbed my Jaws Flex Clamp and clamped it on the boat's railing. We were close to leaving and I was in a rush, so I thought it was the perfect time to test the Auto feature. It was so awesome to not have to worry about what speed I needed to set the TimeWarp to, especially since I was in a time crunch! The camera did the hard work for me, and the video looked amazing even though the boat was moving through rough waters.

My wife Lori and I were exploring at a hotel, and I wanted to make a video of the walk to the pool to share our experience. I had HERO8 Black mounted to the GoPro Fusion Grip and decided to test out the TimeWarp 2.0 speed ramping feature. I tapped the on-screen button to toggle to capture in real time, and then pressed again to speed up. It's so much fun to use and no editing needed. Plus, I was able to text the video clip to my family and friends right away by transferring to my phone with the GoPro app. 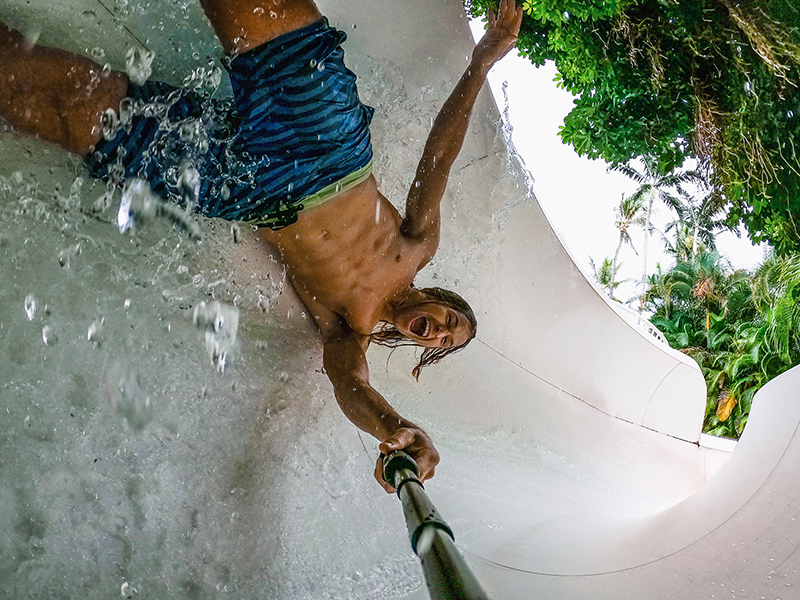 One of the features on HERO8 Black that I’m most stoked about is housed within Burst Mode. Now, you can set HERO8 to take 60 pictures in 10 seconds, so you never miss the action!

To get this shot, I used the GoPro Fusion Grip extended all the way and held the pole sideways so HERO8 was vertical for a few reasons: To get most of my body in the shot, to be able to see more of the water splashing and to see more around me.

The last, and possibly most favorite, thing I love about HERO8 is the introduction of Auto Night Lapse Video. This means HERO8 creates the night lapse video for you within the camera—no editing required ... it’s crazy! Shooting a night lapse can be difficult. There are too many settings to deal with—ISO, long exposure, shutter speeds, etc.—with Auto Night Lapse Video, the GoPro does the work for you!

I mounted HERO8 to my GoPro Fusion Grip and used it as a tripod—I love that mount! Due to the long-exposure nature of taking a night lapse, you have to use a tripod to keep the GoPro completely still. If the camera moves at all, the video will look blurry.

The best part about setting the interval and shutter to Auto is that I can get a video from dusk to dark without stopping the recording to change shutter speed or adjust settings as the sky gets darker. It's all done for me!

PRO TIP: Tap into nearby lighting if it's available. I chose these palms because they were lit up from a nearby baseball field that illuminated them in the video. I also tried to time the clouds being in the video to show movement across the sky and add another interesting element to the video.