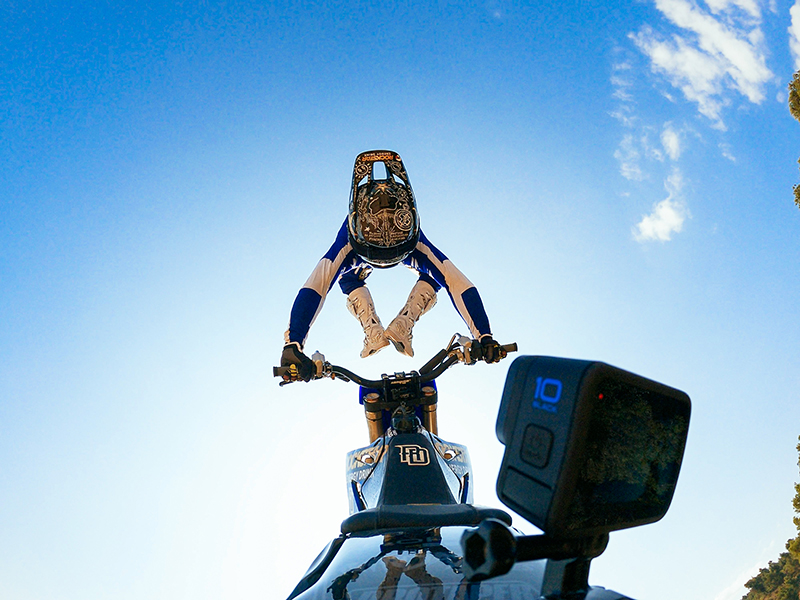 HERO10 Black made its public debut two weeks ago today, and already we are seeing some really incredible reviews—but these reviews aren’t just grabbing our attention based on beautiful imagery and adrenaline-fueled antics. The reviews we can’t get enough of are those that are putting HERO10 Black through rigorous, real-life testing scenarios.

HERO10 is designed to excel as an action and activity camera for on-the-go filming, vlogging and documentation of you enjoying your favorite activities where there’s even minimal airflow to cool the camera. While HERO10 certainly can be used as a static camera without airflow, we recommend using lower frame rates and resolutions if your goal is longer record times. If you’re shooting shorter clips while the camera is static, then fire away at the highest resolutions and frame rates!

The best in-depth independent review we’ve found that really tests the limits of HERO10 is from DC Rainmaker. He goes all out in his in-depth review.

You can head over to his website to learn more.

HERO10 Black is loaded with the all-new GP2 processor, which accounts for an overall improved camera experience in addition to higher resolutions, faster frame rates and insane image quality. We’ll let tech expert Joshua Goldman walk you through what all this means.

You can read the full review here.

Peter McKinnon is very vocal about his GoPro qualms, which you’ll see in his video review below. But in the same video you’ll also see his appreciation for the huge stabilization benefits packed into HERO10 Black—even when mounted on an FPV drone chasing a dirtbike.

We love seeing the GoPro community do their thing by taking our new thing—HERO10 Black—and putting it through the paces. We see you, we’re watching your videos, we’re reading the comments and we’re using your suggestions to improve our products!

And we are working on firmware updates for HERO10 to improve performance further and deliver on as many of your requests possible. Keep the comments coming, we are listening and appreciate the feedback!