GoPro for a Cause and Intsikelelo: Creating the Langbos Children’s Shelter 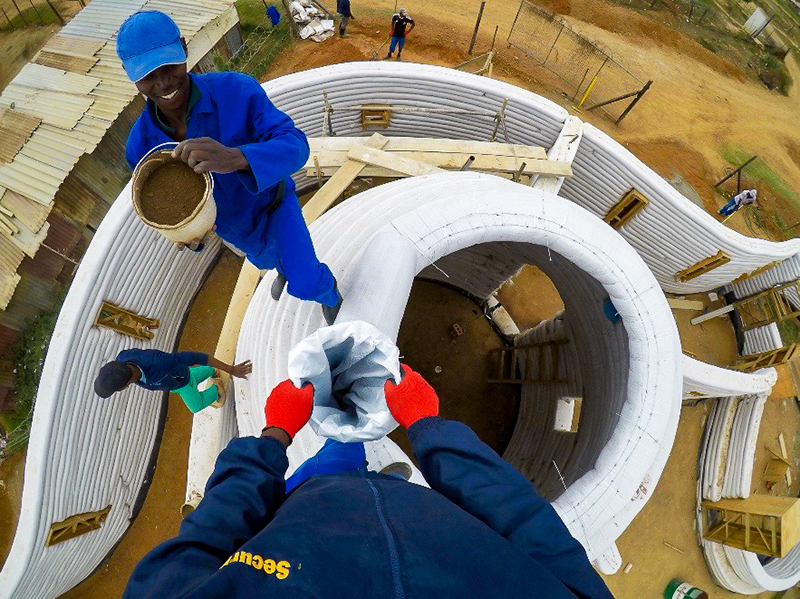 By Chris Grava, co-founder and president of Intsikelelo

Intsikelelo is a nonprofit with a mission to improve the lives of vulnerable children in South Africa. Our approach is based on a fundamental belief that local community members hold the insights needed to uplift their communities. We work directly with community leaders to empower locally-led initiatives with support from around the world.

Intsikelelo has a very unique relationship with GoPro and the GoPro community. Our organization launched with a GoPro video that went viral in 2014. Soon after, GoPro reached out to get involved in our work as part of their newly forming GoPro for a Cause, which we officially became a part of in 2016.

As a result, we focused our Cause support on an off-grid informal settlement in the rural Eastern Cape of South Africa. The Langbos community does not have access to basic amenities such as electricity, running water or paved roads. The community also suffers from high levels of chronic illnesses like HIV and TB, leaving many families struggling to provide their children with a safe and healthy childhood.

Our goal was to construct the Langbos Children’s Shelter: a center to support vulnerable children and families in Langbos by promoting healthy childhood development and greater opportunities in life. Beyond the eventual programs of the center, we planned to use Superadobe to construct the building—a unique, environmentally-friendly building method that would allow us to train and employ a local team in Langbos to carry out the construction.

By the end of our campaign, our GoPro content had reached over 1 million views and raised over $130,000 from over 1,000 donors. This support enabled us to start on the project in 2017.

For our building team, we recruited 30 men and women from the Langbos community, ranging from teenage boys to elderly grandmothers, and including siblings, cousins, neighbors, and in some cases, even parents and grandparents working alongside their children and grandchildren. Aside from a competitive wage and the satisfaction of uplifting their community, the Langbos builders were provided with health support and professional development, including daily healthy meals, free trips to the local clinic and CV writing workshops.

Together, the community came together for over 35,000 cumulative paid hours of collaborative work to build the Langbos Children’s Shelter. Some team members even saved up their earnings during the project to purchase their own truck, which allowed them to take on and complete another paid Superadobe project constructing an outdoor classroom for a nearby school. Others have also continued to stay involved with Intsikelelo—helping conduct community research, partaking in education sponsorships, and continuing to work in various community-focused roles. 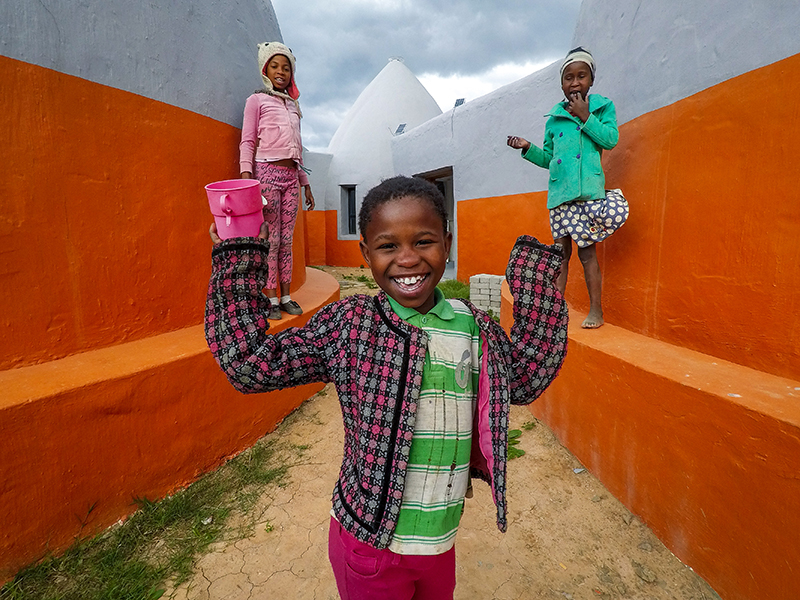 Given the context of an off-grid informal settlement, we designed The Langbos Children’s Shelter to utilize a variety of sustainable features. This included solar power, rainwater harvesting and grey water recycling into an adjacent community garden. This approach earned a cover story from Earthworks magazine as well as a feature by Design Indaba, one of the leading design conferences on the African content. Most importantly, it enabled the center to provide resources to the community like satellite-based Wi-Fi and refrigeration for food and medicine.

Throughout the Langbos Children’s Shelter construction, we captured photos, videos and even 360VR footage, all using GoPro products. This content will be premiered and showcased at an upcoming gallery exhibition titled “Art Beyond the Canvas,” which will take place at The Container Yard (800 E 4th St.) in Downtown Los Angeles Nov. 2 to 14, with an opening night event on Nov. 2 at 8 p.m. “Art Beyond the Canvas” is free and open to the public. 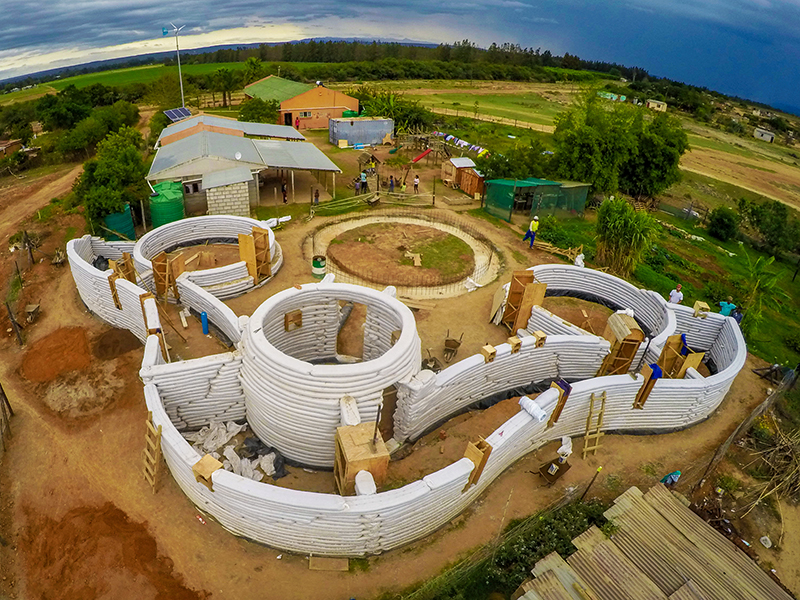