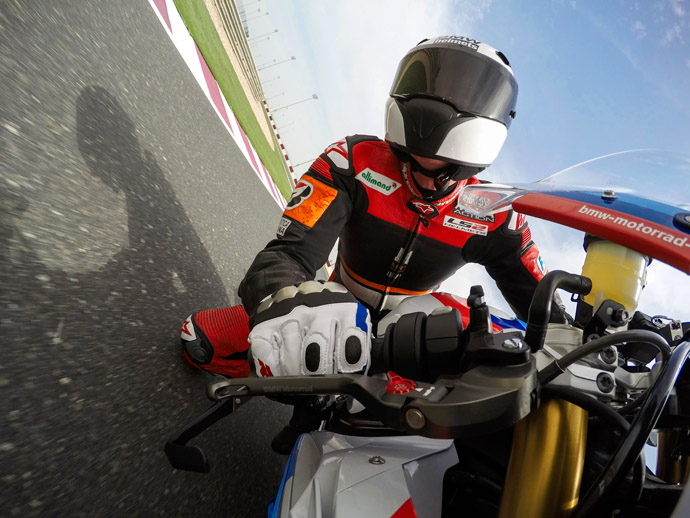 (April 9, 2015) – Dorna Sports, the commercial rights holder of the premier FIM MotoGP™ World Championship, and GoPro, Inc., enabler of some of today's most immersive and engaging content, today announced an exciting new partnership that will bring fans closer to the incredible MotoGP racing action. The five-year agreement names GoPro as the official wearable camera of MotoGP and grants title sponsorship of the GoPro Motorrad Grand Prix of Deutschland.

As part of the collaboration, GoPro cameras will be capturing content of the race circuits including on-bike course previews, behind-the-scenes vignettes, immersive race perspectives that will take the viewer deeper into the race, and other unique images to be shared via social media and on motogp.com. GoPro will also produce an immersive Media Lap from MotoGP’s official BMW Safety bike to present each track of the 2015 MotoGP calendar. 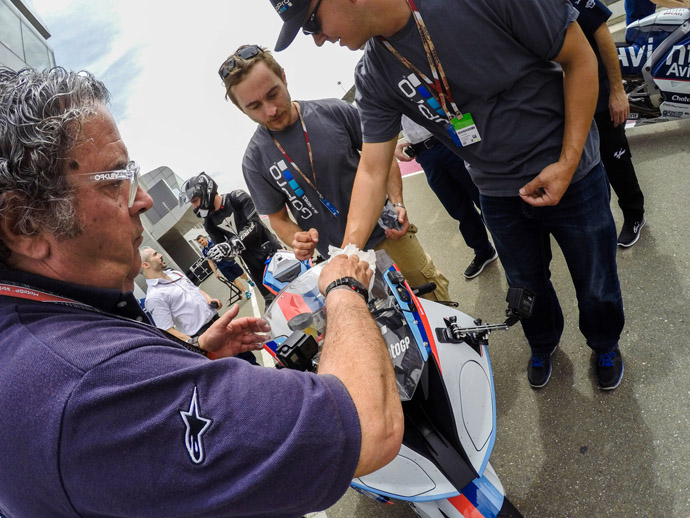 Pau Serracanta, Dorna’s Managing Director, Commercial Area, said, "This announcement of the agreement between MotoGP and GoPro is just the start of an exciting partnership for both parties. GoPro is a great partner for the championship with their cameras brilliantly recording high-adrenaline racing right at the heart of the action. We look forward to working together closely over the coming years."

Nick Woodman, founder and CEO of GoPro said of the partnership, “Racing has always been a part of GoPro’s heritage and it continues to influence our product design. We hope to enhance the way race fans watch this premier series and look forward to MotoGP serving as an exciting platform for innovation.”

Racing fans will also engage with GoPro’s brand, products and people at The GoPro Experience, an exhibition the company will host at several Grand Prixs including:

About Dorna
Dorna Sports is an international sports management, marketing and media company, founded in 1988. The organisation has its headquarters in Madrid, with further branch-offices and/or subsidiaries in Barcelona, Rome, Amsterdam and Tokyo. The company’s main shareholders are funds managed by Bridgepoint Capital and The Canadian Pension Plan Investment Board. Dorna has been the exclusive commercial and television rights holder for the FIM MotoGP World Championship since 1992. With 65 years of history, MotoGP™ is the pinnacle of motorcycle racing and is Dorna’s main focus.
The company expanded in September 2012, with the acquisition of the FIM WorldSuperbike (SBK™), bringing the world’s two class-leading motorcycle racing series under one roof. Dorna also oversees the FIM CEV Repsol International Championship and the Red Bull MotoGP Rookies Cup, which promotes the development of the next generation of riding talent.
In 2013 Dorna announced another important feeder series to the world of motorcycle racing in the form of the Shell Advance Asia Talent Cup. This latest project aims to give riders from the Asian region a strong stepping stone into on-track competition.

About GoPro, Inc. (NASDAQ:GPRO)
GoPro, Inc. is transforming the way people capture and share their lives. What began as an idea to help athletes self-document themselves engaged in their sport has become a widely adopted solution for people to capture themselves engaged in their interests, whatever they may be. From extreme to mainstream, professional to consumer, GoPro enables the world to capture and share its passion. And in turn, the world has helped GoPro become one of the most exciting and aspirational companies of our time.