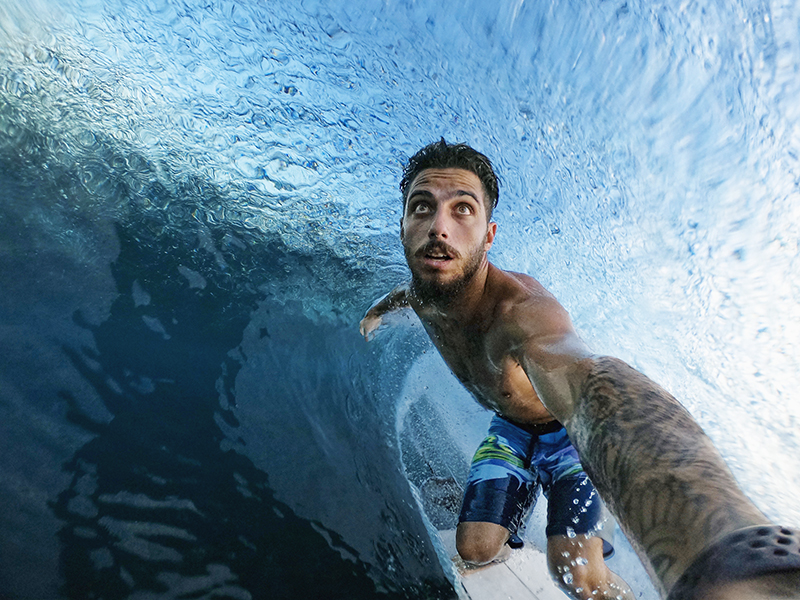 The fifth stop on the WSL CT proved to be a big one for GoPro Athlete Filipe Toledo. The Brazilian went into the Barrinha fired up and came out with a back-to-back victory claim and his third Oi Rio Pro title.

The combination of homeland waves and fans fueled an exciting contest for Filipe, who knocked out Kelly Slater in the first Round of 16 heat. He went on to best Kanoa Igarashi in the quarters and match up with Jordy Smith for the finals.

With the last two Oi Rio Pro titles under his belt, finals day looked to be delivering similar conditions—the performance four-to-six-foot waves Filipe excels in. A high-scoring barrel followed by equally impressive airs set the tone early for how the heat would play out. Ultimately, Filipe exited the water with a commanding 18.04 over Jordy’s 8.43 and enough points to catapult him to third on the Jeep leaderboard.

Next up: Filipe will be defending his J-Bay title as the sixth CT stop takes to South Africa starting July 9.