The following words are by Northern California-based director and cinematographer, Michael Coleman. He recently collaborated with electronic musician, Tycho, for a magical sunrise performance and live stream to ring in the new year—all from a picturesque field in the rolling hills of Northern California. Here is how he did it. 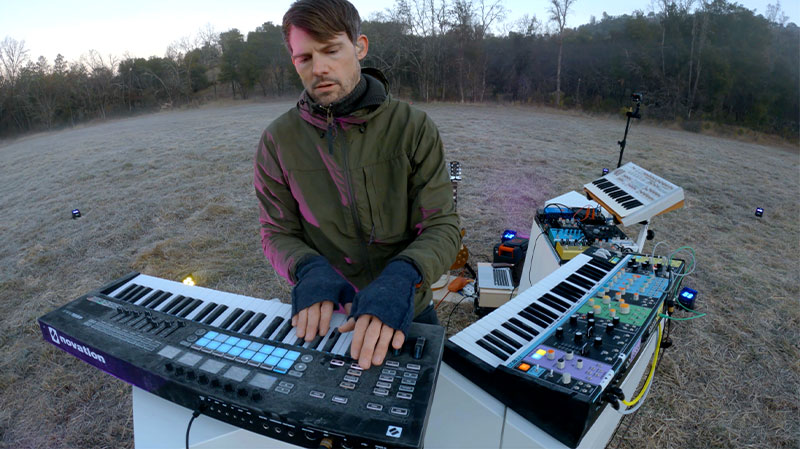 I have been working with electronic musician, Tycho (Scott Hansen), for the past few years helping him produce videos for his tour along with a making-of documentary about his Grammy-nominated album, Weather.

When the Tycho 2020 tour was cancelled because of the pandemic, Scott and his management recognized the opportunity to connect with his fans around the world by producing a special live stream show. Over the past year, I had several opportunities to shoot and direct other live streamed performances with Scott (including Another Planet Entertainment’s “Inside Lands” festival, Adult Swim, Abracadabra and Bands in Town) which helped me to figure out the best way to cover a solo performer.

Once we decided to produce this New Year’s live stream, we had the “what,” but needed the “when” and “where.” Dawn has always been a special time of day for Tycho and an integral part of his live experiences—having found inspiration from his many sunrise sets at Burning Man. We knew the hours of dawn would be perfect for representing the dawn of a new year. For the 2021 New Year’s Day show, we were excited to find a location in the wooded rolling hills of Northern California. The location lended itself well for this concept since it would allow for the rising sun to reveal at the end of the performance. 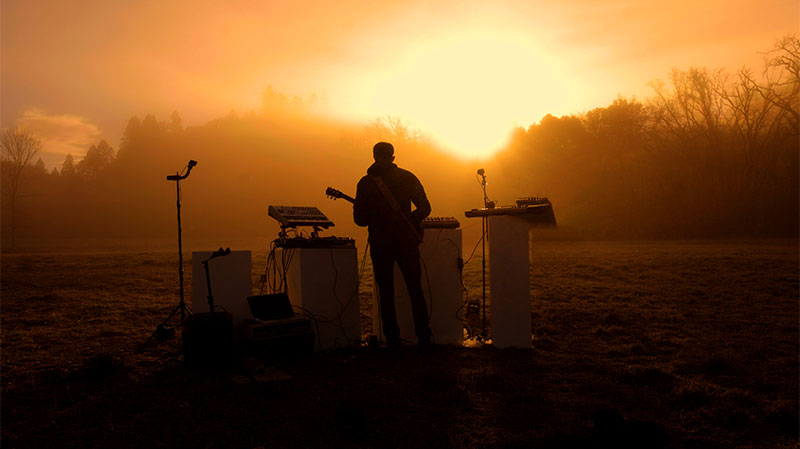 LIVE … FROM A FIELD

Shooting a live performance in an outdoor, remote location has many logistical challenges.

Streaming compression can be very aggressive, which leads to decreased quality for live viewers. I have been producing for the web since 2005, so I have had many opportunities to see the value of capturing at the highest quality as the image and sound improvement does show up on the viewer’s end.

My past experiences shooting Tycho’s solo performances were indoors and in locations that we could control. In pre-production planning, we determined that we would be able to support six cameras for the show, which included two HERO9 Blacks. We captured in 4K on all cameras except for the HERO9s, which captured in 5K, to help with framing and coverage. Six capture devices presented another creative challenge – limiting the number of physical camera operators to make the event feel more intimate on the stream. For example, when cutting to a wide shot showing the landscape where Tycho was playing, having camera operators all around would distract from the performance and ambiance. Natural lighting is normally a challenge, but in our case was part of the main attraction. For this show, we would rely on the progressing change of the sun rise to change the look of the show as it shifted over the 80-minute set.

Scott needed power to run his equipment, so we had a generator for him which we also used to provide wired power to the two HERO9 Blacks throughout the show via a pair of extra-long USB-C cables. Thankfully all of our gear was able to survive the freezing January temperatures. A majority of the camera and music gear were covered in ice by the end of the shoot. 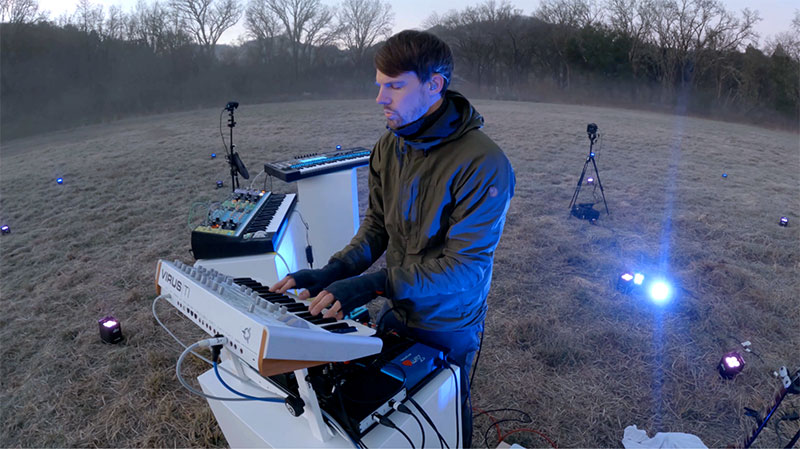 GETTING THE SHOT WITH GOPRO

I setup the cameras to capture in Protune to give us the most flexibility and control of the image including locking white balance, setting ISO Min/Max, shutter speed and flat color settings. I also set up the camera, so that it would continue to dynamically adjust the exposure as the lighting shifted throughout the set starting in darkness and ending with the golden sunrise. We recorded internally to 128 GB high-capacity microSD cards which helped guarantee that we wouldn’t run out of space. In the end, each camera recorded approximately 76 GB! 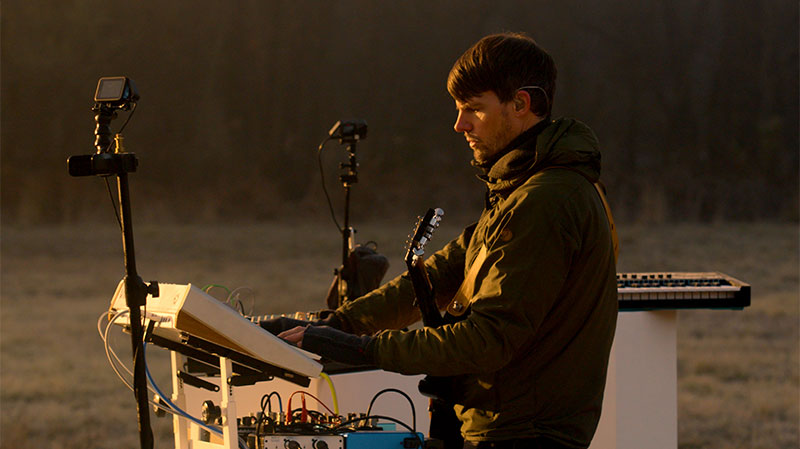 The show was originally streamed and available on-demand for 72 hours through the NoCap show service which allowed fans to purchase tickets. We hope to offer the show online in the future utilizing the full 4K image! When that happens, we’ll be sure to keep folks up to date through Tycho social channels at @tychomusic. You can also follow along with me at colemanfilm.com