Eagle Hunters in a New World

Explore the beautiful, yet endangered, tradition of eagle hunters as they roam the harsh Altai Mountain terrain of Western Mongolia.

For generations, Burkitshi elders passed down the art, tradition and knowledge of eagle herding and hunting to their sons. The practice is a tactful balance between training the eagle to obey its master, while also giving the bird enough freedom to fly, and in turn hunt. In this mini documentary, the GoPro production team designed camera mounts to strap to the backs of these majestic birds, capturing never-before-seen footage from the eagle’s point of view.

The Burkitshi are members of nomadic clans from the country’s Kazakh minority.  They live in large portable structures, called Gers, made of felt and wooden support beams, which they relocate according to the season. The women are responsible for childcare, cooking, and preparing textiles while the men primarily support the family as shepherds herding sheep, goats, yaks and horses.  It is a hard life, filled with uncertainty. Many families are only one harsh winter away from losing their livelihoods. 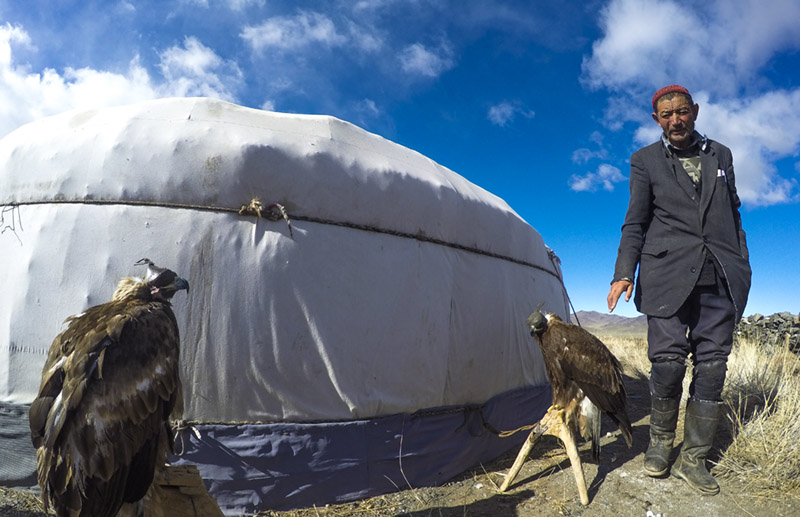 The tradition of hunting with eagles is more than just a sport; it’s an ancient art form. For generations, the Burkitshi scan the valleys for foxes and other small animals, with golden eagles mounted on their arms. When prey is in sight, they release the eagles who unfurl their eight-foot wingspan, soar across the barren landscape, lock in on the pray, and dive in for the kill. Little known fact, female eagles are the preferred hunting bird due to their large size. They are captured at the age of two because they are young enough to train, but old enough to instinctively know how to hunt. The eagles become members of the community for nearly a decade, before they are released back into the wild. This age-old practice has cycled for thousands of years, traditionally passed down from father to son. However, this ancient art form is in danger of extinction. There are only 80 active Burkitshi continuing the tradition today and the younger generation is beginning to lose interest. 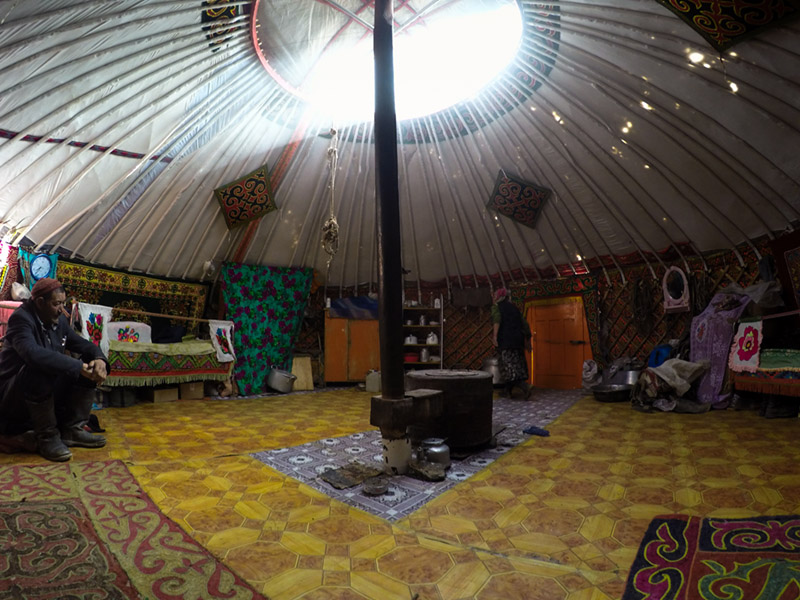 Despite their ancient lifestyle, the modern world exists within this nomadic community. It’s not uncommon to see satellite dishes and solar panels mounted next to Gers and many of the nomads own cell phones. This taste of modern living combined with the harshness of the traditional lifestyle has inspired the younger generation to move away in droves. However, all hope for the continuation of the Burkitshi heritage is not lost. The Golden Eagle Festival, held annually in the Olgi region to the west, is a celebration of the culture, including contests in archery, camel racing and, of course, eagle hunting.  The competition is designed to showcase the deep connection between the hunters and the eagles as well as the expertise, training and precision of the bird’s hunting skills. Considered the championship of the eagle hunting world, the event draws the active Burkitshi as well as thousands of spectators including children who are, hopefully, inspired to carry the torch and continue the tradition.

William Ryan Fritch, custom composed the soundtrack which accompanies the full-length piece, “Eagle Hunters in a New World.” Fritch shared the energy, love and enthusiasm of the Burkitshi community through sound, taking organic tools and components to make a single musician sound like a 40-person orchestra. As a GoPro commissioned artist, Fritch’s curated sound and compositions have been placed in over 60 GoPro films. His full soundtrack, “Eagle Hunter In A New World,” is available on Vinyl, CD, and Digital through Lost Tribe Sound HERE.

* Special thanks to Lauren McGough and Jagaa Baatar for leading the GoPro team out on the steppes.