2020 is cancelled? Not for GoPro Creator Wade Holland and his series 'The Great Indoors'

In the absence of adventure this year we’ve had to let go of a lot of our favorite things … and get creative finding new outlets closer to home. Look no further than GoPro creator Wade Holland and his IG series, “The Great Indoors,” to see what we mean! The series first caught our eye during the springtime when GoPro launched the #HomePro Awards challenge, which celebrated creativity from a world stuck at home.

We caught up with Holland for his second round of episodes, “Cancelled Events,” which includes GoPro Mountain Games, to learn about his inspirations, funniest moments and what we can look forward to in future episodes.

GoPro: What is “The Great Indoors” series?

Holland: The Great Indoors is all about finding the adventure and getting crafty within this 2020 whirlwind of a year. The series features indoor and backyard renditions of all our favorite adventure sports and events that got cancelled in 2020. Each week starting back in March, we've highlighted a different adventure sport or event that got cancelled and pulled on pro athletes and experts in their field to coach me through the Great Indoors version of those adventures.

I've kayaked class 5 bathtub whitewater, skied the kitchen couloir and even traveled to the Eiffel Tower and back—all within my apartment.

GoPro: What is your favorite episode from Season 1?

Holland: The very first episode, Big Mountain Skiing, was so fun because of how it all organically came together. In early March, we had plans for a backcountry skiing trip back home in Montana, but the pandemic hit. So, we scrambled to get our freshie fix by gearing up in the kitchen, grabbing all the bags of baking flour we had in the house, and launched down the kitchen couloir. It was ridiculous, but the stoke was so real that I had to go back for seconds, but this time I had my friend and pro skier Rachael Burks coach me through the indoor gnar and how to avoid a "pots and panvalanche." 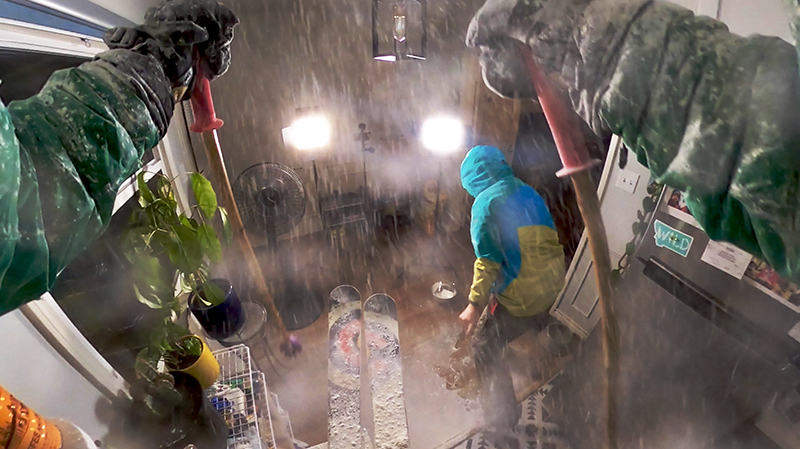 GoPro: Why did you choose GoPro Mountain Games for its own episode?

Holland: GoPro Mountain Games is a staple in the world of adventure sports and outdoor lifestyle, so it made total sense to feature this event since it got canceled back in June.

I used to live in Colorado and this event is so fun because it encapsulates so much. There's such a variety of sports, music, and just overall good vibes. Everyone is out in the sunshine celebrating life, and since that didn't happen this year, I wanted to revive that the best way we could in these current circumstances. I've also always secretly wanted to be a dog competing in Dock Dogs, so now was my chance!

GoPro: Which sport from the GoPro Mountain Games episode was the most fun to film?

Holland: Dock Dogs, “Great Indoors” style was super fun to shoot. I thought it would be fun to have the perspective of the dog tossing the human the bone and then the person goes for the big air! We had multiple angles, POV, doggy and human cam and captured some epic air bud action into a mini kiddie pool. The pool eventually broke, but it was fun while it lasted.

GoPro: Colorado was hit hard by wildfires this summer – how is the GoPro Mountain Games episodes supporting the communities there?

Holland: This one is close to my heart because I lived in Colorado for the past 12 years, and we were able to collaborate with TinCup Whiskey - a local Colorado distillery, and the non-profit One Tree Planted to donate back to the land. For every comment the Mountain Games “Cancelled Events” video post gets on Instagram, we'll match it by planting a tree back in Colorado. The wildfires really devastated a lot of the land up there this year, so this was a great way to dedicate some efforts into reforestation in the Rockies. 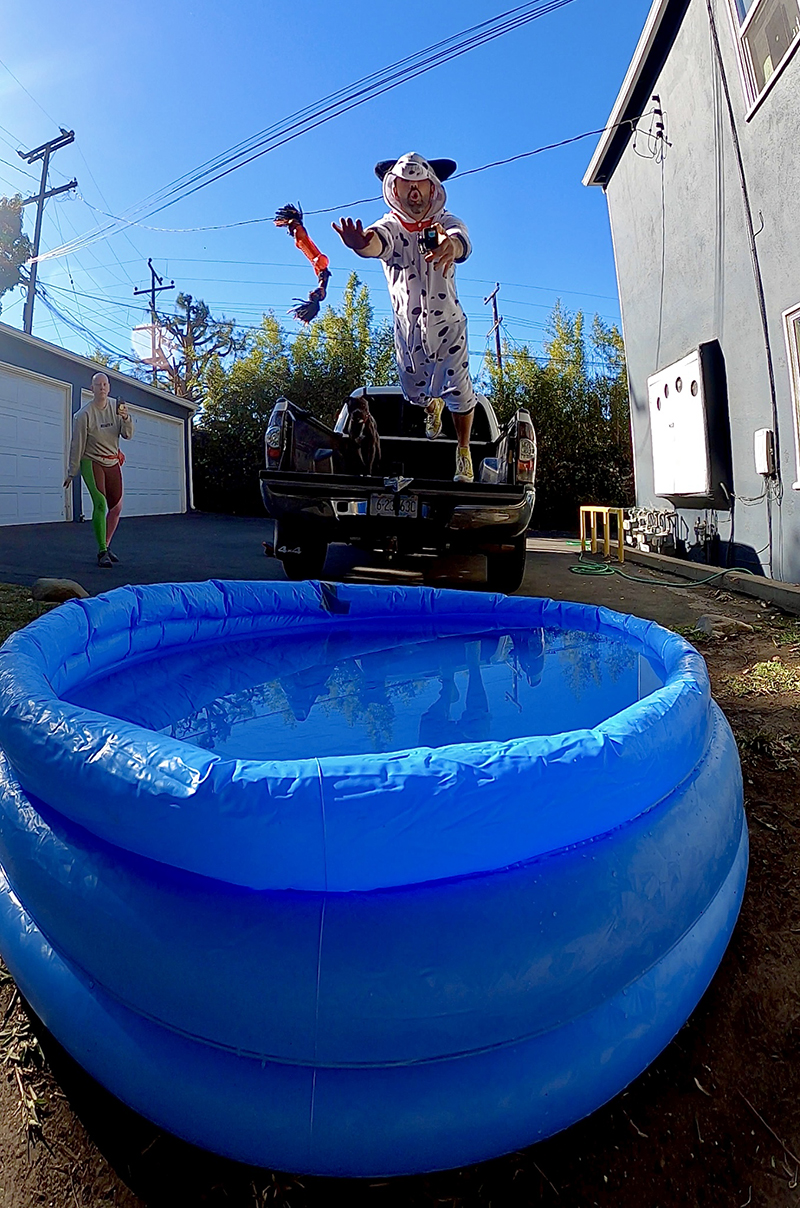 GoPro: What other are included in the “Cancelled Events” series?

Holland: Events included from this season, which focused on 2020 canceled events are:

GoPro: What do your neighbors think of what you’re up to?!

Holland: Ha! Our neighbors think we're mad! We get some pretty funny looks, especially when I'm covered in some kind of food concoction or bizarre clothing. The real surprise will be when our landlord finds out what we've been up to during quarantine. Let's just say we won't be getting our security deposit back.

Check out the full series of The Great Indoors on Wade's Instagram.