At the beginning of COVID-19, we were glued to Tiger King. Then, Netflix gave us Love Is Blind. And more recently, we were blessed with a third bingeworthy show called Down to Earth featuring former teen heartthrob Zac Efron; a lot of which was filmed on GoPro. This series, in which Zac discusses environmental and sustainability matters, has become conversation fuel for dinner tables around the world.

And today, we get to add one more docuseries to this notable, binge-during-quarantine list; and what’s more exciting and relevant is that this show stars none other than Zac’s brother, Dylan Efron, who happens to be a member of the GoPro Family. We can’t wait to see what he captures with the latest HERO9 Black throughout the five-episode series called “Flow State.”

Flow State airs on Dylan’s YouTube channel starting today, Nov. 10, with an episode featuring another GoPro Family member, athlete and all around badass female skater Leticia Bufoni. In the episode, Dylan tests the X Games gold medalist’s limits by taking her rock climbing. No spoilers here, but the episode is worth the watch for equal parts adrenaline and laughter.

Leticia is the first of five world-class athletes and adventurers that Dylan aims to step outside his comfort zone with. That is what Flow State is all about—seeing what’s possible when boundaries are pushed and new experiences await. Flow State, as Dylan puts it, is the optimal state of consciousness in which we feel and perform at our best; it’s complete immersion in the moment. Plus, Dylan cruises around with his partners in crime in his converted Sprinter van that he fondly calls “The Wolf.” We dare you to name something more en vogue than road tripping around in an adventure-mobile right now. 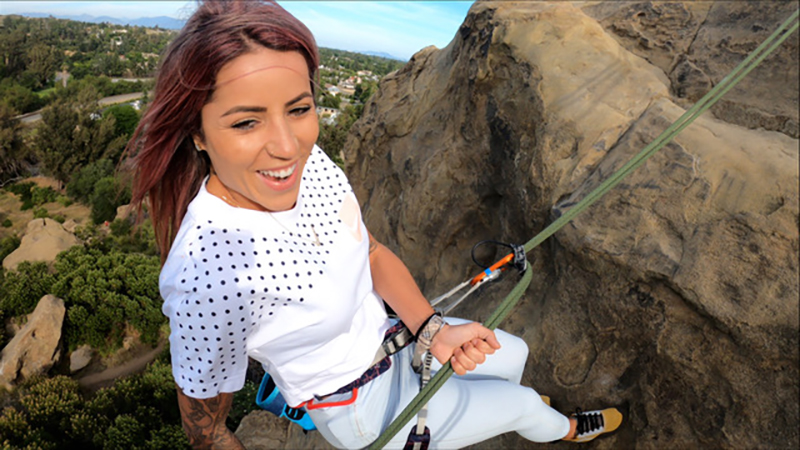 Flow State was produced in collaboration with Firestone Walker Brewing Co., which happens to by just 30 minutes from Efron’s hometown in the California Central Coast. You can follow along on YouTube or on Dylan’s Instagram.